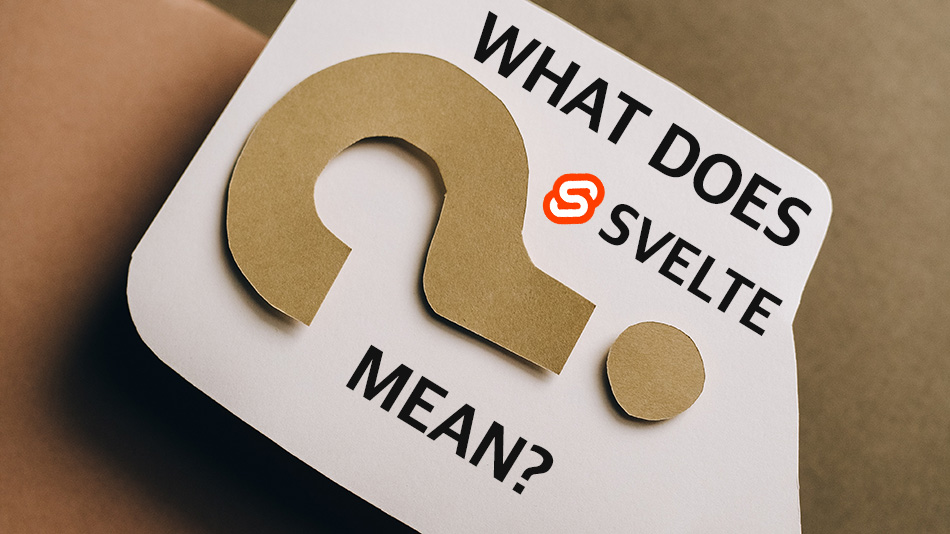 What is Svelte and what does it mean?

Rich Harris the founder of Svelte is talking about the meaning of the name and why they chose exactly this name in the new YouTube documentary Svelte Origins: A JavaScript Documentary. He mentions that it is always hard to find a name that isn’t already a package on NPM, so together with his team at The Guardian, they started to brainstorm an uncommon name that meant everything Svelte stands for.

They wanted an English name that meant lean, zippy, fast, elegant, and all of these things that Svelte is. What they came up with was the word Svelte which is a real English word. The word came from France, and was then used by the Italians where it had the meaning “to stretch out” and in the 19th century, it came to the English language where it was used to describe a slender appearance. The word is pronounced svĕlt. The “e” sounds like it is mixed with “a” and “e”, and it is quite similar to the nordic “æ” letter sound.

What is the Svelte compiler?

Svelte is an open-source web compiler that allows you to write web applications like you would using frameworks such as React. But instead of using a virtual DOM (Document object model), Svelte compiles your code into Vanilla JavaScript. This means your web application compiles fast and stays fast. If you already know React, then it is fast to learn Svelte since it’s almost set up the same way.

When building Svelte they were looking at some of the hard and annoying things in React and then they found a way to improve them in Svelte. For example when updating the value on an input element in React, then you would have to write quite a lot of code before it would update the state. It Svelte you simply write

Here you can learn Svelte

Svelte is easy and fast to get started with and if you already know React you can almost just jump directly into it. If you are interested in knowing more, then we have created an article with lots of links to paid and free courses where you can get to know the compiler in no time.