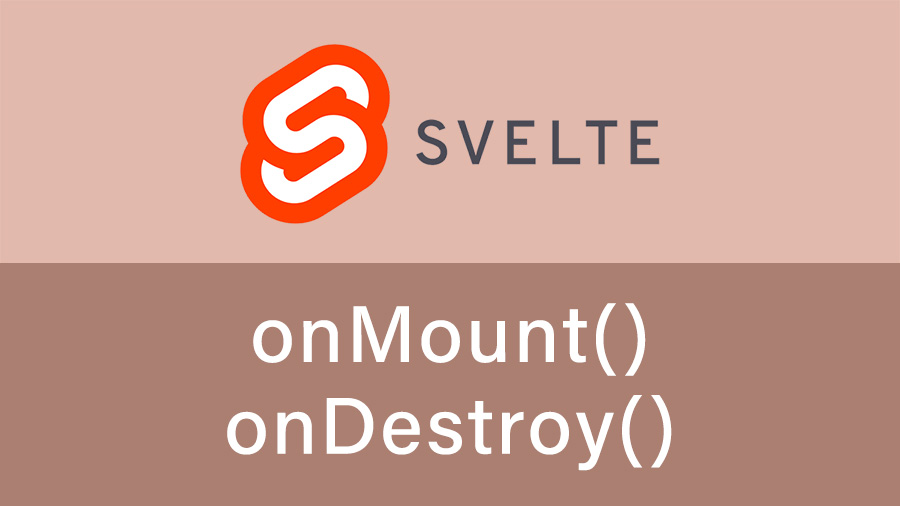 What is onMount() and onDestroy() in Svelte?

What is a component lifecycle?

As mentioned in the introduction, every component in Svelte has its own lifecycle. A lifecycle starts when the component is rendered to the DOM (Document Object Model) and it ends when it is being removed again.

During the lifecycle of a component, you will see the following events, and each one of these has its own purpose:

Introduction to the onMount() function

The onMount() function is probably the most common function to use since it is running as soon as the component has been rendered to the DOM. You can use onMount for many things, but one of the most common is API fetch calls (When you need to ask the server for data to display on the client-side).

Here are some common ways to use the svelte onMount() function:

Here is an example of how you can use the Svelte onMount() function in your project. In this example, we are fetching a placeholder image to use in our project:

Introduction to the onDestroy() function

Here is an example of how you can use the onDestroy() function in a project. In the example, we have created a counter, and when destroying/removing the component we are stopping the counter to prevent memory leaks:

Now we have talked a bit about what a component lifecycle is in Svelte, and which functions you can use depending on the time during the lifecycle. We have also briefly gone through some examples of functions to use during these cycles and what to expect from them.

By now we hope you have gotten a general understanding of how to use the Svelte onMount() and onDestroy() function in your project. If you still have questions you would like answered or find something you think should be added to the article, please don't hesitate to contact us via our contact form. You can find the contact form on our contact page.

Thank you for reading this article and please share it with your fellow web developers.