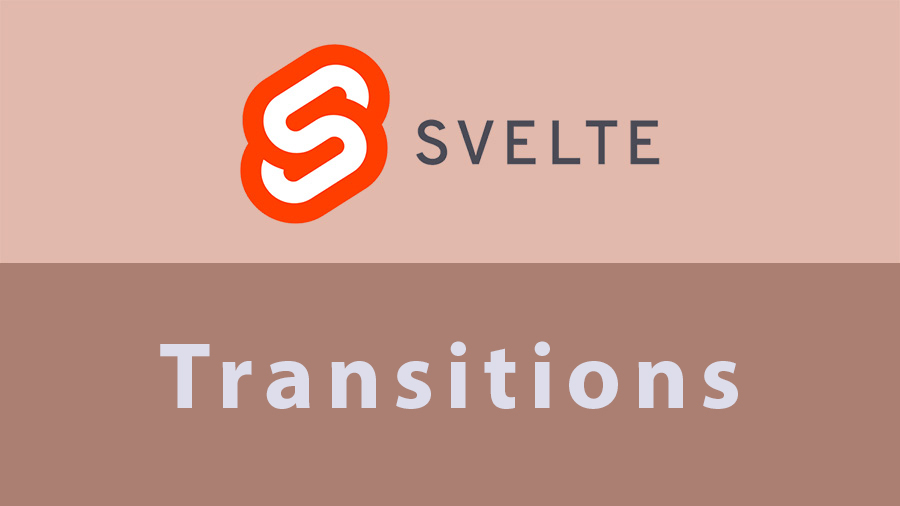 Introduction to do transitions with Svelte

Normally when building websites and web applications you have to do animations using CSS or using JavaScript. Some libraries also support this and therefore make it easier for you to create transitions and animations.

How to use the built-in transitions in Svelte

Using the built-in transitions in Svelte is easier than you might think. If you take a moment to think about how it is done using CSS and that you need to add and remove classes to create transitions or animations. Throw all those thoughts away, cause from now on you will be doing it in a much easier way, and here is how to do it!

To begin with, we import the “fade” effect from Svelte, as we have done in the example below.

Now that we have the effect imported to our project we can start applying it to the elements that we want to fade in and out. Below is a simple example of how you apply the fade transition to an element.

How to add parameters to your Svelte transitions

In the following example, you will see an example where we use the built-in "fly" transition from Svelte. Instead of letting this example follow the standard settings, we will instruct which way to go and also for how long the transition should last:

How to use different transitions when fading in and out

When dealing with transitions in Svelte you can either let Svelte add a transition that will fire both when showing the element and when hiding it, but you can also choose to only fire an event when the element is appearing or when it is disappearing. This is called "in" and "out".

Below you will see an example where we added two different transitions for when the element is appearing and when it is disappearing. We can easily control these by using the attributes: "in" and "out".

First, we start by importing the animations that we would like to use. You can copy the example below to quickly get a working example:

How to create custom CSS transitions in Svelte

Another useful way to use transitions in Svelte is to create them yourself using CSS. This method is more like the original one but instead of using classes, we will manipulate the CSS.

Now we have been talking a bit about how you easily can use the built-in transitions that already comes with Svelte, how you can add your own instructions through parameters, and how you can build your own custom CSS transitions. We hope you have gained some knowledge and now know how to add these awesome transitions to your own project.