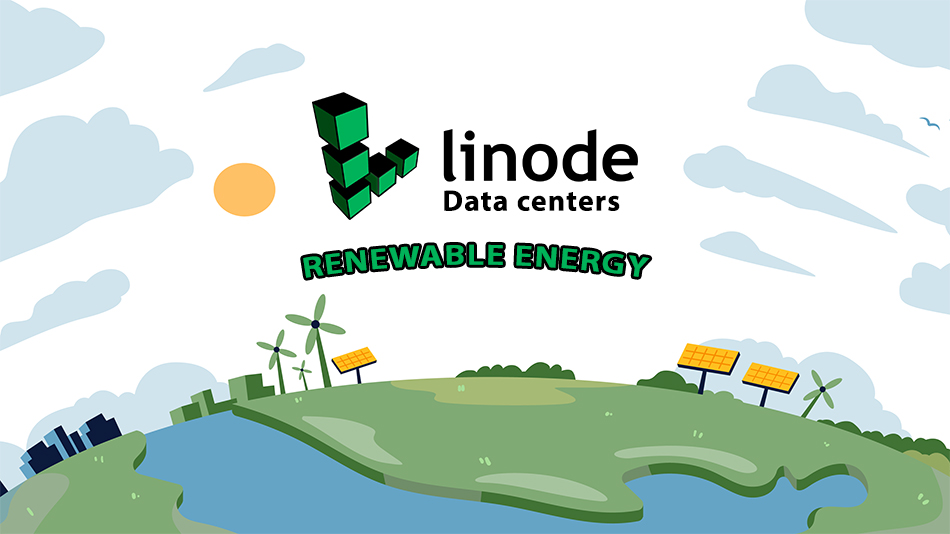 (This post is getting updated whenever new information becomes available)

Many hosting companies are listing their green initiatives openly for everyone to see, but some of the larger companies aren't. In this article, we will figure out which Linode data centers are running on renewable energy and which are running on a mix or even coal energy.

Which data centers are Linode using?

When reading the old forum post, we figured out that they have changed data centers a few times. In 2020, Linode stopped using KDDI, SoftLayer, and Telstra as data centers and instead started using Equinix Tokyo, Digital Realty, and BDx.

Why do data centers need to run on renewable energy?

It might come as a shock to many, but the internet is polluting a lot, and every time we visit a website, download an email or chat with a friend, we pollute the world. Data centers host our websites, and every time we request data, they send it to us. They need to run 24 hours 7 days every week, and that requires lots of electricity. There are over 1 billion websites on the internet and, each one of these is available to you around the clock.

If the internet was a country it would be the sixth biggest polluter in the world. The internet pollutes so much that:

Which data centers are running on renewable energy?

To find out which of Linode's data centers is running on green renewable energy, we researched each company listed in the forum thread, and in this section, you can read our findings.

Linode is using Digital Realty as their Dallas data center. It is a 69-acre digitally connected data center with 116-acre additional space ready for development.

In a press release from 2020, Digital Realty confirms they will be installing a solar system which will be done in mid-2021. Once installed, Digital Realty's Dallas data center would run on 70% renewable energy.

Link to the press release: https://investor.digitalrealty.com/news-and-events/news/press-release-details/2020/Digital-Realty-Adds-Renewable-Energy-Expands-Colocation-Capacity-in-Dallas-Portfolio/default.aspx

According to Equinix's sustainability page, 180 data centers out of 222 worldwide run on 100% renewable energy. These numbers make them 91% renewable if you calculate the worldwide use of energy.

Linode is using multiple Equinix data centers worldwide, and therefore we cannot simply state that they all are using 91% renewable energy. On the list below we have tried to list out each data centers energy consumption so that you can choose the right one.

Equinix has listed all of these specs directly on their website, and you can check them out here: https://sustainability.equinix.com/map-of-initiatives/?region_label=

Zayo's data center in Atlanta has been going through some changes since 2018. Lightbulbs have been switched out and the airflow has been optimized to lower power consumption. This action was repeated in their Atlanta, New York, and Dallas data center, and it has saved them approximately 5.5 kilowatt-hours annually. According to Zayo, their San Diego data center is running 100% renewable energy, but the rest are not.

In 2017 Zayo bought 87 million kilowatt-hours of renewable energy in certificates. We haven't been able to find any further information regarding this, so we have to assume they still use this method which is not the same as running on renewable energy.

For now, it is unknown whether BDx's Singapore data center is running on 100% renewable energy or the normal grid. The only information we can find on Google and BDx's websites is about their enormous diesel generators. These generators contain up to 60.000 liters of fuel which last approximately 24 hours.

Since no information is to be found on their website or Google we have to assume they run on the normal grid which likely isn't 100% renewable. You can read more about BDx and their Singapore data center here: https://www.bdxworld.com/locations/singapore

In this article, we figured out which of Linode's data centers are running on 100% renewable energy and which to steer clear from. The data used in this article is found by using Google and reading each of the data centers websites. As new information gets published we will update this article to provide you with the most accurate information.

The original forum thread from Linode can be found here: https://www.linode.com/community/questions/17513/whats-my-linodes-carbon-footprint#answer-73585